‘Fluid’ ends the year with a Blazt @ Queens Museum of Art 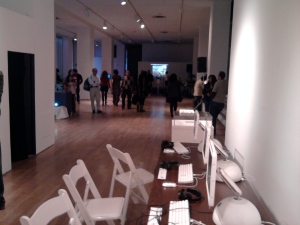 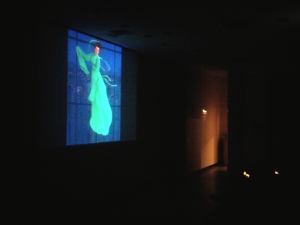 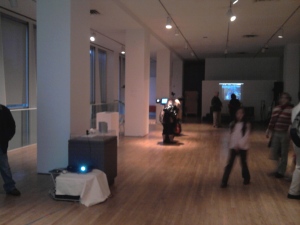 88 Constellations for Wittgenstein by David Clark

Your Life, Our Movie by Fernando Velazco

From One Dream to Another by Jason Lujan

Fluid v2 is made possible thanks to the support of the Queens Council for the Arts,
Local Project, Queens Museum of Art and el Museo del Barrio. 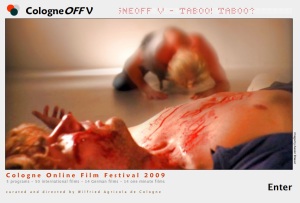 Today, on 13 November 2009, VideoChannel Cologne is happy to launch

Earlier this year, Microwave Hong Kong invited VideoChannel to prepare two
shows of video art for the 2009 festival, resulting two outstanding screening programs as a networked action
—>
1.
“Memory & Identity”  – a show which was in September 2009 featured on VideoChannel
contributed by VisualContainer Milan  and curated by Giorgio Fideli
http://videochannel.newmediafest.org/blog/?page_id=278
celebrating the partnership between VideoChannel and Visual Container –
public screenings between 14 November until 24 November 2009 at I/O (Input/Output) Hong Komg
–>
2.
“Body and Soul – 15:15:15”  – a thematic presentation  – one of the very rare physical manifestations of
Agricola de Cologne (the encoded artist, chief curator of VideoChannel and director of CologneOFF)
and an original way to launch CologneOFF V in physical space
on 22 November 2009 at Hong Kong Heritage Discovery Centre Lecture Hall –
which was made possible through the generous support by Goethe Institute Hong Kong

The second partner of VideoChannel in 2009 is FONLAD – Digital Art Festival Guarda/Portugal
representing the framework for the 2nd  physical CologneOFF V manifestation
in the two days screenings on 24 amd 25 November 2009.

In December 2009, another CologneOFF manifestation is scheduled in Bristol/UK
and in February 2010 in India.

Founded in 2006 by VideoChannel in the framework of [NewArtMedia ProjectNetwork]:||cologne,
the experimental platform for art and new media,
CologneOFF is realising in 2009 its 5th festival edition under the topic of “Taboo”.

According to (wikipedia) “A taboo is a strong social prohibition or ban against words, objects, actions, or discussions considered undesirable or offensive to a group, culture, society, or community. Breaking a taboo, considered objectionable, abhorrent or unacceptable by the majority in a community by in engaging in activities or not adhering to local customs usually leads to severe penalties applied by rule of law. Other common reactions by persons breaking taboos result in embarrassment, shame and are commonly  considered by others as a sign of rudeness.”
In our Western socities “the taboo” changed its meaning profoundly and does actually not exist anymore as a dogma and an instrument of social and moral ruling, but it is replaced by a kind of individual “taboo” practiced by groups of mind-likes.  In this way, people can be confronted with different types of “taboos” depending on the needs of certain social groups.  The selected videos refer to this invidualization and take the artistic consequences in most different ways, whereby the digital technology  offers many solutions to the artists and the viewer. It is this variety, which makes the festival program so exciting and vivid. It  is up to the viewer to search and find his personal definition(s).

For more info about the festival and its films, please download the festival catalogue as PDF
–> http://downloads.nmartproject.net/CologneOFF_5th_edition_2009.pdf

On occasion of  the CologneOFF V launch,
VideoChannel is releasing online “Feature II” of German Video Art
—> http://videochannel.newmediafest.org/blog/?page_id=709
Including viideos by the German artists/directors participating in CologneOFF V.

After Feature I, presenting the outstanding Cologne based video artist Johanna Reich,
Feature II is offering the diversity of digital video of 15 artist/directors.
Feature III, the next following focus on German video art is planned to be released in
January 2010.

You are currently viewing the archives for November, 2009 at .